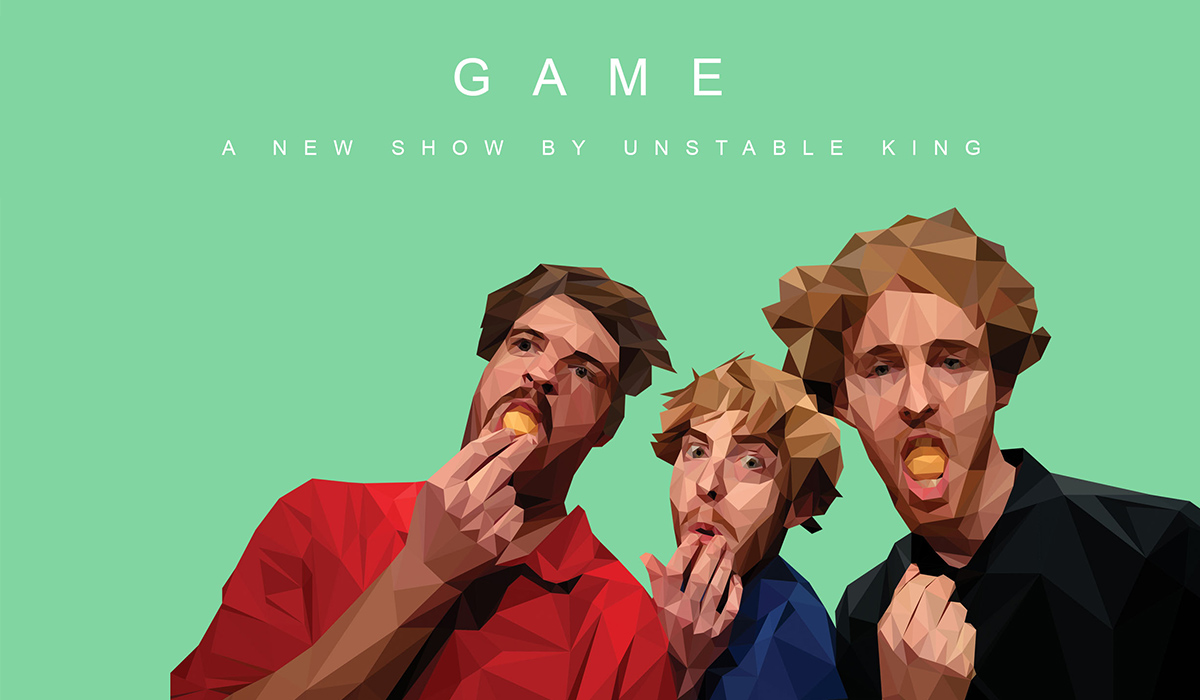 Enter Unstable King’s computer game world; inspired by the glory of Takeshi’s Castle, and the inherent joy of winning! Contains (de)feats of Circus, Live competitive gaming with real punishments, sketch inspired comedy, and Chuck Norris influenced Martial Arts. GAME is a three man circus-comedy show exploring how games shape our lives and culture. A perfect nostalgia trip for the Nintendo 64 Generation, and a hilarious anti-disney adventure for children. (The whole show operates on a reverse-pixar model – its made for adults, but kids will love it too).

The project, made possible by the support of Arts Council England, began with a private showing at Circomedia, before going on to present works-in-progress at the Marine Theatre, Circus Shorts (Circomedia’s St. Paul’s), and at Ferment (Bristol Old Vic). The show was then asked to perform at BE FESTIVAL, Jackson’s Lane, and Latitude, and then enjoyed a one-week run at Bristol Old Vic as part of Circus City and the Family Arts Festival.

For more information, audience testimonials, and pictures that could potentially blow your brain’s brains out, check Unstable King’s Marketing Pack for GAME

Started by performer / producer Michael Bell as a companion installation alongside his comedy/circus show Game it has now become a major project in itself. Alongside Mike there is a crew of improvisers, comedians, artists and tech lords involved.

The Cardboard Arcade is a portable video game arcade. A pop up virtual kingdom. A suite of local multi-player arcade machines built from cardboard. A travelling exhibition on video games; as art and as play. A Virtual Reality station. A party. An installation. An educational resource encouraging people of all ages to view gaming as a creative medium.  At its heart, Unstable King believes that playing together brings people together, and Gaming is one of the most accessible, prominent and adopted art forms in the world today.  The Cardboard Arcade creates a space where simple-to-play games, for all ages and abilities, get people laughing and talking no matter their background or culture.

From the days when Player 4 still held the highscores, and Player 5 hadn’t uploaded himself to the Code,

They are now both trapped in The Machine.