For a full C.V and Biography, please download this file: Ryan Murphy CV 2018

Like many of us Ryan began life as a baby. He later grew to a child, and then improvised his way into young adulthood. A story we can all relate to.

As a juggler Ryan is fascinated by the unusual dynamics of ordinary objects; believing all physical things to be vehicles of human expression and innate wonder.

He arms himself with bowler hats, drying racks, library books, and even supermarket trolleys, to celebrate both the physical and the emotional through nature’s absurdity and heartfelt chaos.

By exploring the connections between people, objects, and movements, Ryan hopes to create narratives that resonate with the human experience. Creating situations that begin in simplicity and spiral into complexity.

In the words of Groucho Marx, “I intend to live forever, or die trying.” 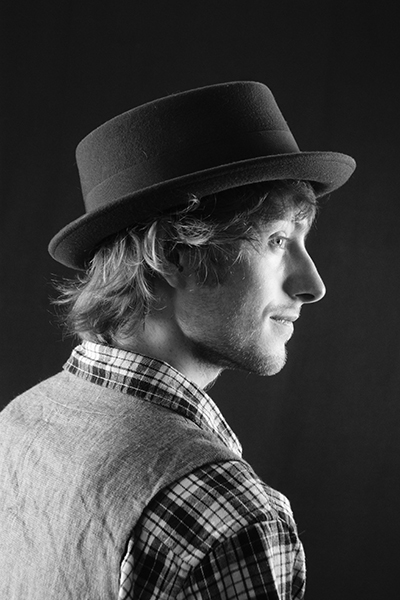 Working under the wing of Alchemy Productions, Ryan developed and tutored ground-based circus skills; ranging from unicycling, to fire juggling, to stilt walking.

A collaboration with Circus Schools Amien (France) and Carampa (Spain), beneath French Directors Marc Proulx and Nordine Allal (made possible through the European Zone of Artistic Projects).

2013 Co-founding of Tit for Tat with Louis Lamprell

An outdoor arts company that celebrated unusual juggling with wild and peculiar narratives, made possible through the support of Labtime, Circomedia, Pangottic, Cirque Bijou, and the encouraging smiles of the general public (thanks Greg).

A development week for emerging artists held by the University of Winchester, where Tit for Tat begun working with Kate Hazel (Winchester Hat Fair) and Matt Feerick (Wet Picnic). With workshops and discussions forums with Mimbre, Theatre Bristol, and Arts Council England.

2014 The Most Dangerous Cup of Tea In The World

Tit for Tat reworked and toured their show all around the UK, enjoying playful and responsive crowds at many Festivals and Events for the Outdoor Arts, including CityDiversions, Fuse, Mintfest, Streets of Devizes, Adur, and Greg’s Backyard (thanks Greg).

Touring The Lift & The Ball under Wet Picnic, and developing new individual projects! Including: Caught in The Act, Two Idiots Telling A Story, and Today I Am Become dEAF.

Exploration of an international collaboration "Mache Ado About Nothing" with artists from Argentina and Madrid, devising under the name
of Knuk Theatre.

Enrolled on the Philippe Gaulier Clown Intensive course in Paris.

Working with Break Theatre in Italy, performing and teaching in schools and theatres